Yoga in a popular position Yoga, one of the world’s oldest forms of exercise, is experiencing a rebirth in our stressful modern world. You wouldn’t think that a 3000-year-old exercise could increase its popularity. But yoga is now being prescribed even by some medical practitioners for a range of health ailments and illnesses, as a stress reliever and to complement other fitness programs.

Talk to anyone who practices yoga and they will quickly extoll an endless list of benefits. It seems beginners quickly become converts. They believe it is the key to good health and happiness in today’s world _ a common goal for most people. But probably the greatest advertisement for yoga is the fact that it seems to have graduated from the weird and alternative ranks into a position of fairly wide community acceptance.

Housewives, businessmen, sportspeople, teenagers and the aged are all practicing a variety of yoga positions, meditation and associated breathing exercises. For many, yoga becomes a way of life _ often giving a more spiritual side to people’s lives, although not necessarily linked to religion. One school of belief maintains that chronic and accumulated stress is the reason for many of our modern illnesses.

Proponents of yoga argue that it has a multiplicity of techniques to counter that cause and, unlike drug therapy, attack the cause, not just the symptoms. It offers, they say, a holistic approach to health and fitness. Many professional athletes, looking for the edge have turned to yoga as a supplementary form of training. They have found that yoga aids their state of mental and physical relaxation between training sessions, and their crucial build-up to big meets, where a competition is usually won or lost in the mind.

Perhaps one of yoga’s major attractions is that it combines physical and mental exercise. It is excellent for posture and flexibility, both key physical elements for most sports-people, and in some respects, there are strength benefits to be gained. Yoga teachers say that the approach of yoga therapy is one of the most effective ways of achieving the mental edge that athletes seek.

Marian Fenlon, one of Brisbane’s leading yoga teachers of the past 20 years, is the author of two books on the subject and has had thousands of yoga pupils. Many of them have, in turn, become teachers. Believe it or not, she has even taught yoga to footballers. Many years ago, she took Brisbane Souths rugby league team for an eight-week course and, amazingly, it was well-received. She says there are eight components to yoga therapy – attitudes, disciplines, posture and flexibility, breathing, sensory awareness, concentration, contemplation and meditation. Yoga can play a substantial supporting role to modern medicine, and complement other fitness and exercise programs. While there is no great component of aerobic fitness in yoga therapy, it complements aerobic exercise because of breathing techniques that can be learned. So there are advantages for even the most demanding of aerobic sports – swimming, cycling and running. There are numerous documented cases of yoga relieving or curing serious illnesses – such as Parkinson’s disease, multiple sclerosis, heart disease, and respiratory illnesses like asthma and emphysema. 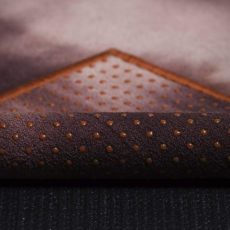 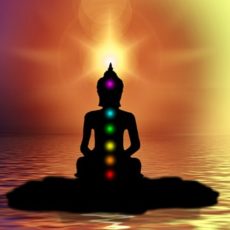