We live in an age of stress and psychological overload. Therefore, many of us want to find peace of mind and balance, to cultivate physical endurance and a healthy mind.
The reason yoga has peaked in popularity in the past decades is not that it is a panacea for all ills and pains, but because it is a way to maintain good health and a peaceful mind. 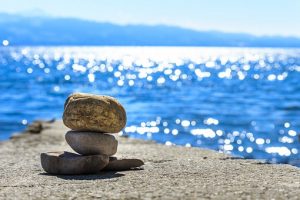 By doing yoga, we learn to care for our bodies, to better understand ourselves, and to overcome stress.
We learn to see the world as it is and to appreciate all its diversity.
What is yoga?
Yoga is a set of physical, spiritual, and mental practices.
The history of this legendary doctrine began as early as 3000 B.C. Yoga is one of the six classical schools of Indian philosophy. The Sanskrit word “yoga” means unity.

The ultimate goal of yoga as a spiritual practice is to unite the individual human soul with the Universal Soul, with God.
The original aim of the physical aspects of yoga was to strengthen the body so that you could remain in a pose for meditation as long as possible without difficulty. Today, yoga has many new approaches, faces, and names.


oga became more athletic, restorative, and affordable, but at the same time, it retained its goal to bring light to the life of people, connecting them with their true self.
What are the benefits of yoga?
A regular yoga practice can have a deep physiological and therapeutic effect.
Yoga teaches that the human body can be strengthened and balanced thanks to correctly performed postures (asanas) and breathing.
Standing, reclining, inverted, twisting, and balancing poses are all believed to have specific effects on the various systems and organs in the body.
Moreover, the benefits of doing yoga go beyond the physical body.
Taking time for yourself helps you gain a different, calmer perspective of life.
As you persist in yoga, you find confidence in your abilities and your progress.
You see yourself and your place in the world from a different point of view which helps you accept your role in your surroundings.
What are the eight limbs of yoga?
The Yoga Sutras of Patanjali are an ancient text on the theory and practice of yoga.
According to the sutras (dated to about 400 BC), the path of yoga consists of a set of prescriptions for a morally disciplined and purposeful life that includes eight so called “limbs”.
The first two, yama and niyama, are the moral guidelines of yoga.
Yamas are ethical rules, including (among others) nonviolence, truthfulness and non-possessiveness.
The niyamas are virtuous habits and behaviors, including cleanness of mind, speech and body, acceptance of others and persistence.
Asanas, the physical postures that have reached great popularity today, come after following the moral rules.
Although Patanjali does not mention any specific postures, he clarifies that asanas should be held steadily and with comfort.
Pranayama – the fourth limb of yoga, is dedicated to controlling the breath using special techniques.
It is important that in the process of mastering each subsequent limb of yoga, knowledge is accumulated.
So, having learned the techniques of breathing, the student can achieve faster progress in the postures with more flexibility and improved endurance.
The fifth stage of yoga is pratyahara, the practice of restricting the mind from the senses and sensory world, focusing on the peace within.
The next limb, Dharana focuses on holding concentration on one single topic, concept or idea.
Then Dhyana is reflection on the topic or concept Dharana is focused on.
The persistent practice of Dharana and Dhyana ultimately lead to the last step of the eightfold path – Samadhi, a state of unity with the subject of meditation. 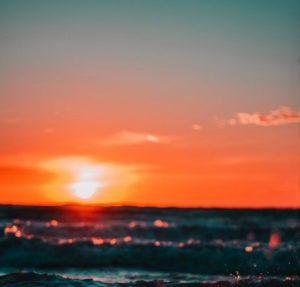 Who can practice yoga?
The world fell in love with yoga for its versatility, because people of all levels of physical fitness can do yoga.
Even if for some reason (age, health problems, etc.), you cannot perform the physical postures, you can do other yoga practices – breathing, meditation, etc.
Studios nowadays offer a plethora of classes, alongside classical Hatha practices, including yoga for beginners, pregnancy yoga, even aerial yoga.
No matter what type of yoga you do, if you practice it honestly, purposefully and regularly, if you develop the habit of doing it, you can get a truly excellent result.
Of course, most of us, due to family responsibilities and social life, do not have time to devote several hours each day to practicing yoga, but that’s not necessary. Yoga is efficiency in any action.
Yoga practice is the impeccable fulfillment of one’s duties according to the level of one’s progress.
And here, any form of activity is suitable. The true measure of success with yoga is the habit of doing it.
If you have developed the routine of practicing yoga every day – no matter what type of yoga you have chosen – then you have already reached a worthy accomplishment.
This appreciation of the process rather than the result transcends to the rest of your life and helps you find happiness in simple everyday activities.
Yoga has grown from the roots of an ancient philosophical system and spread all over the world in new forms and to new audiences.
With guidance and perseverance, everyone can achieve progress in yoga, embracing moral rules, physical postures, and mindfulness in everyday life.
The most profound thing about yoga is that it does not bring anything from outside, it only reveals what has been inside each one of us from the beginning.
So you can start unveiling your potential, finding your strength, and living a life of mindfulness today.

As an Amazon Associate I earn from qualifying purchases. “The physical body is not only a temple for our soul but the means by which we embark on the inward journey toward the core.” B. K. S. Iyengar Photo by Eneko Uruñuela on Unsplash In the third article of our

As an Amazon Associate I earn from qualifying purchases.Photo by Jon Flobrant on Unsplash In our “Eight Limbs of Yoga” series we are delving into the eight paths of yoga, as described by the ancient sage Patanjali. We have already defined the first “limb” of yoga, namely the yama. This article is dedicated

As an Amazon Associate I earn from qualifying purchases.Chances are that if you’ve gone to a couple of different yoga classes, picked up some literature regarding yoga, or searched online, you are somewhat familiar with the concept of chakras. These mystical energy centers are referred to in a variety of

As an Amazon Associate I earn from qualifying purchases.Everybody who has visited a couple of yoga classes is at least vaguely familiar with the Sun Salutation. At first, this set of exercises may seem difficult or make no sense, but it is worth doing it several times to appreciate its